I love Angelina.
Posted by Charis at 15:42 No comments:

Labels: Allen Ginsberg, America, Anne Sexton, Bluebird, Charles Bukowski, Peter Gabriel, William S. Burroughs
Is it just me, or is there an increased number of dating agency advertisements appearing on television in January? E-harmony; "We will match you with compatible singles, join us and find out why we're different!"

As far as I am concerned, the intentions of these advertisements are overtly conspicuous. The celebratory period is over, the overindulgence in food and alcohol has somewhat ceased (well as much as can ever be in "Booze Britain"). People during this caliginously morose winter month are feeling vulnerable without the distractions of festive parties. In all likelihood, many will have been subjected to the pestering of family members, the expectations of life; the stage of partnership and reproduction thrust upon them.

The reality of life has returned and the mating call is imminent. E-Harmony and Match.com know this. Those wily old foxes.

I enjoy analysing advertisements in disgust. 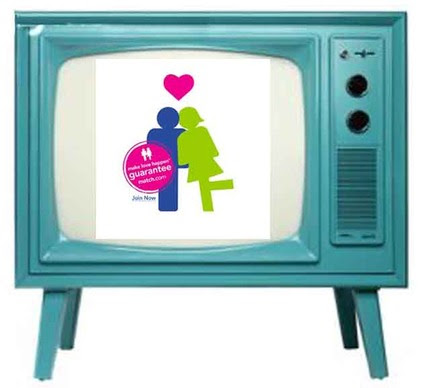 Now this is what makes me happy. :) PJ Harvey added to the All Tomorrow's Parties lineup later this year.

Jus' kiddin', love you all.

There are multifarious examples of the self-indulgent, self-absorbed, egocentric nature of the human being. You don't have to look far, in fact, intrinsically we all hold very selfish values, it is inherent within our very being.

The problem I have, call it hypocrisy if you wish, is the overwhelmingly egocentric personality. The materialist, the narcissist, those who feel superior. Your hedonistic urge to feed yourself full of destructive, empty, materialistic pleasures in a world consumed with tragedy is absurd. Bono, for example, is a man who preaches to the world about donating to the powerless starving masses - yet in one of the most grotesque tales I have had the misfortune of hearing - the same man spent one thousand pounds to purchase a first class ticket flight... for his fucking hat to arrive safely into his phony hands. The ambivalence between the actions of the wealthy, I believe, is down to their ego being fed by the contributions they are making, it lessens the guilt of their riches. Essentially, charity is another contribution to themselves.

That really is just the tip of the iceberg though, human solipsism is ubiquitous. Feelings of superiority are rife in terms of race, religion, nationality, sex, social class. At every level. Anything that could possibly be used to differentiate us from them is divisive and always successful with the mind-numbingly ignorant. To be fair, it's not our fault, it's not your fault nor is it mine. It is the society we live in, the structures in place and the history that has shaped the people we are today. You are what you are because of many different factors you personally have no influence over. Your opinions are shaped subconsciously from birth, human beings have impressionable minds, we learn from others. It is how we have managed to survive. In my subjective opinion, I don't believe we have the greatest degree of free will with regards to our behaviour, I do however believe as a species we have the ability to learn. Through learning, our patterns of behaviour can change, through a greater understanding of how massively fucked up everything is, people will desire change.

I don't believe as a species we are all completely terrible, despite my misanthropic beliefs I still have great respect for the actions of many human beings. The ideas of these individuals need to be transferred onto the majority. The question is, do people really care? My highly sceptical answer is no, no people do not care. People are attracted to conventional methods of thinking, repetitively ritualised actions and expectations. Even when financial institutions collapse, even as the less wealthy are left to pick up the pieces, it's OK. Because we passively adapt to the lifestyle, it becomes the norm and apathy breeds.

Basically, people are shit. But we shouldn't really worry TOO much about the subject considering the extinction of our species is inevitable. GAD, I didn't even get started on the superiority of bacteria in the hierarchical food chain... next time.

http://htwins.net/scale/index.html (Copy and paste, it is an interesting link.)

I beg of you bastards to consider the grand scale of it all, then think.